Ciroc Vodka (Officially know as CÎROC™) is a eau-de-vie (French: Water of Life) vodka brand. It is produced in France in the Charente-Maritime area from French “snap frost” grapes, produced and distributed by the Diageo, an alcoholic drinks producer based in Great Britain.

Diageo is the world’s largest spirits producer (They also owns the vodka brand Smirnoff and part of the Dutch brand Ketel One). They soon found themselves struggling to sell the product and so, joined forces with Sean Combs AKA Diddy /  Puff Daddy etc. He was offered an ‘equal share venture’ which meant half the proceeds from all sales would go to Combs, the remaining half to Diageo. In return for this venture, he was tasked with the responsibility of promotion and marketing in the US.

Below are the cheapest Ciroc Vodka offers to buy online: 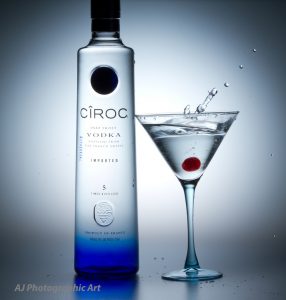 The name “Ci-roc” is an adaptation and combination of the French words ‘Cime’ (which means ‘Peak / Summit-top’) and the French ‘Roche’ (‘Rock’). This is a reference to the high altitude vineyards of the Gaillac region – the location in which the grapes for Ciroc Vodka are grown. Looking at the official name of the product (CÎROC), you’ll notice a i-circumflex (the accent above the i) – this accent does not change the pronunciation but instead denotes a missing letter. Confusingly, the word ‘cime’ does not use a circumflex but the word faîte does – another French word for ‘Peak’. The pronunciation of the name is generally accepted as being ‘SHEROC’. Through club culture and association, the term ‘Ciroc’ is also now linked to attractive women, as shown on Urban Dictionary.

The Production of Ciroc Vodka

Ciroc Vodka was founded by Jean-Sebastien Robicquet in France. Robicquet’s family originates from the wine-rich area of Bordeaux and have been involved in the wine making business for over 400 years. Robicquet had worked for the French Cognac maker Hennessey for ten years before he was approached by Diageo (who interesting own a 34% share in Hennessy) to create a vodka crafted from grapes instead of potatoes or grains, as it more commonly is. Soon after, Robicquet was dubbed a ‘Commander of Bordeaux’ by the Great Council of Bordeaux. This title was bestowed upon him for his outstanding achievements in the field of wine and liquor.

One of the major points that makes Ciroc Vodka stand out from it’s competitors in the vast range of top-shelf, premium vodkas is that instead of being made from grain, corn or potatoes (like the majority of vodkas), it is in fact made from grapes. As well as this, the product is distilled at 96% and not allowed to age, therefore fulfilling the qualities of vodka but with a unique twist. The grapes used are known as ‘Snap Frost Grapes’ from the Gaillac region of France. These grapes are officially named ‘Mauzac Blanc’ grapes. As well as the Snap Frost variety, they also use the Ugni Blanc variety from the Cognac region. Once the juice from these grapes have been extracted, they are then fermented.

Diageo make it known that their vodka is distilled five times. The first four distillations of the Ugni Blanc grapes are performed in stainless steel stills to 96.5%, then the Mauzac Blancs in copper continuous stills to 93.5%. They are then combined and blended with one another at a ration of 19:1, then once combined, they’re distilled together in a copper pot still, more specifically, a tradition Armagnac style copper still. 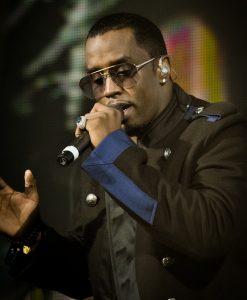 As Ciroc Vodka was intended for the North American consumer market, Diageo decided to appoint Earl Little (an NFL footballer) as their first brand ambassador in hopes of appealing to the brand’s desired target audience. From here it was supplied mainly to nightclubs and high-end venues throughout the US, with a strong focus on Miami and Atlanta.

Come 2007, the brand was struggling to stay afloat, they were reported to be selling 40,000 cases a year, which wasn’t nearly enough to maintain the brand and create a worthy profit. It was then decided to branch out and approach Sean Combs AKA ‘Diddy’ (or Puff Daddy as many would know him) to represent the brand with, as previously mentioned, a 50% revenue share. By 2012, Diageo reported sales of over 2.1 millions cases, which positioned Ciroc Vodka as the second best selling ‘ultra premium’ vodka in the world. Hilariously, Sean Combs once referred to himself as ‘Ciroc Obama’ as he helped improved sales so much.

A major turning point for the brand’s marketing campaigns began in the end of 2011 when Ciroc began airing a section entitled ‘Luck be a Lady’. In this advertisement, it featured a group of friends (Combs and his fellow makers of Ciroc as well as several highly noted celebrities such as Aaron Paul, Chrissy Teigan and Jesse Williams). The clips showed the group participating in a night out in ‘Sin City’, hitting the jackpots in casinos amongst scenes deliberately meant to echo that of the original Rat Pack, whilst Frank Sinatra’s ‘Luck be a Lady’ played in the background. This advertisement helped redefine the brand as an ultra premium vodka even further as a product designed to commemorate life with friends and family with a bottle of Ciroc. 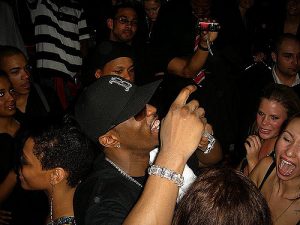 In 2010, Ciroc Vodka found itself introducing two new flavours to market, those being Coconut and Red Verry. The following year, they released an additional Peach flavour, which has been described as Diageo’s most successful product launch in their entire operating history. Come 2013, Combs announced that they would be releasing yet another flavour, that being Ciroc Amaretto. Following this in 2014, Combs announced via Instagram that Pineapple was the next flavour to be released, followed by (once again introduced on Instagram) Green Apple in 2015.

Who is the owner of Ciroc?

In late 2007, Diageo inked a marketing deal with Sean “P Diddy” Combs, to push Ciroc an “ultra premium” vodka. According to The Financial Times, Combs gets a 50-50 split of the profits on Ciroc sales. P Diddy helped brand Cîroc and increased its revenues 131% percent in the US.17 Aug 2012

The production method used for the vodka are “snap frost” grapes; Mauzac Blanc from the Gaillac region of France, and Ugni Blanc from the Cognac region. The juice extracted from these grapes is fermented. Although all vodkas are distilled, the manufacturers of the label emphasize theirs being distilled five times.

What other vodka is made out of grapes?